Welcome to my Resource Page!

I'll be posting various resources that I learn about that I think might be helpful, and of course I learn the most from my clients, so anything you'd like to share with me would be most appreciated.

Feelings are Information/The Way Out is Through 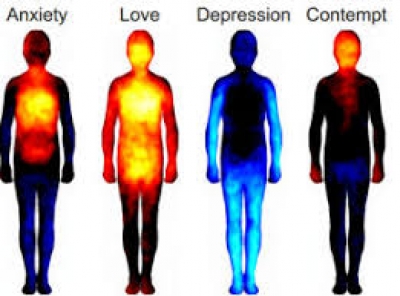 Feelings are not right or wrong.  They are information.  They inform us about our lives; that we are in danger, that we feel mistreated or wronged, that we need to make a change, or that we are in the right place, that we are with a good person or making a healthy choice, and so forth.

For some reason our impulse often is to not feel feelings, compartmentalize, deny, suppress, block, or to escape or numb our feelings using drugs, alcohol, food, sex, work, the internet, etc.  Then of course we have a double problem of the unprocessed, festering emotions, and the (often) addiction to the means of avoidance.  But they don't go away.

Paradoxically, the way out is through.  The way out of uncomfortable emotion is to go toward it, to actively process it, and that will move us through it.  Churchill supposedly said "If you're going through hell, keep going!" (though that quote has apparently never been confirmed).  Pema Chodron talks about going toward the places that scare you.  The more we avoid the monsters in the basement, the more we give them power over us.  If we can go down there and confront them, they are almost never as bad as we feared.  We usually feel relief, and maybe even wonder why we built it up so much.  And sometimes we can even make friends with them.

We also need to be able to identify the root emotion, if possible.  When we are depressed, sometimes beneath that is unprocessed anger that we weren't letting ourselves feel (because it is unfamiliar or scary, for instance).  Conversely, when we are angry, sometimes the root emotion is a deep sadness that we turn outward as anger, because that feels less overwhelming, and is at least energizing.  Or anger is telling us that what we are actually feeling is out of control.

The challenge is to feel what we're feeling, when we're feeling it, and to work from that place.  That will often take us to the right place. 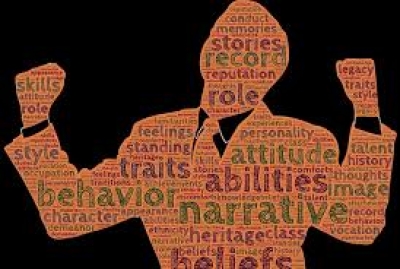 Where does our sense of self come from?  I believe that originally, it comes in part from the thousands of explicit and implicit messages we received every day from our environment about ourselves; that we are good or bad, smart, strong, pretty, handsome, skilled, successful--or not.  This environmental feedback creates a story or narrative that to a large degree constructs an identity.  Some people have a stronger sense of self that they develop and are in touch with regardless of, or despite this narrative.  But this combination of nature and nurture variables gets internalized as the story of who we are, especially during critical, formative periods and experiences.  Sometimes that story is a positive, accurate reflection of who we inherently are, and sometimes it is a distortion, due in large part to the dynamics of the primary nurturers.  For where there is a narrative, there is a narrator, and so we must understand what was going on for the story-tellers in order to more fully understand the story.

Here is one stark example:  I once worked with someone who was born one week after his brother tragically died in a pool accident.  Clearly that family, and especially that mother, was in no place emotionally to receive, love, and nurture this new child.  That fluke of circumstance to some degree forever defined this person's sense of self as being unreceived, unwelcome, an intruder, and an outsider in the world.  We have to factor in our family and parent dynamics, our parents' personalities and mood states, when we seek to understand the environment and context for our own identity development.

By understanding what happened (cognitive process), and if necessary processing our feelings about what happened (affective process), we can begin to change it.  We can question or challenge long-held assumptions or beliefs we might hold about ourselves:  Am I really an introvert/extrovert? socially anxious? a poor athlete? unable to learn to speak publicly? to be a manager? to work with people/numbers/technology, etc.?  Am I really a bad writer? unattractive? not good enough (in all the many ways we can feel not good enough)??

In essence, we can de-construct the old narrative, and tell a new story about ourselves.  We can repair through re-parenting ourselves, in some ways creating and providing for ourselves some aspect of what we needed but did not receive (e.g., love, positive reinforcement and mirroring, emotional safety).  I believe it is almost never too late to ask these questions, and do this kind of work creating a new sense of ourselves. 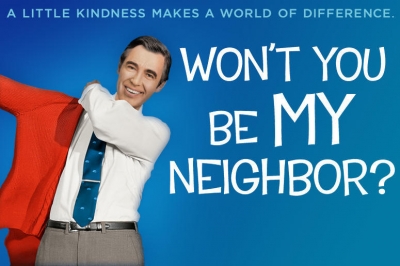 The truth is that I didn't really like the Mr. Rogers show when I was a kid, so I was a bit hesitant to see the film.

Go see it, it is wonderful.  It is a bit of an antidote to the general anxiety and depression of this particular polarized period.  I had no idea that I would relate so much to him, not only as a bit of a (functional!) obsessive-compulsive, but also in his persistently positive unconditional positive regard (a phrase reminiscent of another famous loving, accepting Rogers--Carl); and also in his fierce protection and advocacy for children.

Then you'll learn what the title of this post means also. 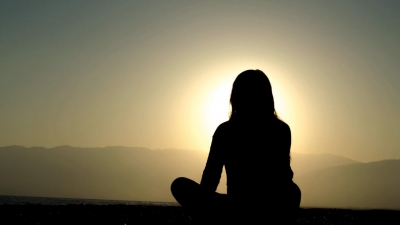 from a conversation today:  What are we attached to?  Looking at how attached we can get to our identities, our image, our narrative, to others' views of us; but also to things, things we want, feel we need, lust after, cling to, hoard.  Or fear.  We can get attached to success, to happiness, but also to pain, to suffering, as well as the future focus on those things:  wishing and hoping for the former, and fearing the latter.

But it all just is, the good and the bad.  If we can remove the added layers of attachment we have to our experiences that comes from this ever-present future lens of hope and fear, then we are left with what is right now.  And the challenge to more fully experience it now, whatever it really is now, not what we hope or fear it will be.  And that is a different experience, often far less bad than we fear, sometimes more good than we let ourselves experience.

There is often a developmental stage people get to in which they stop focusing on acquisition, and they start clearing out, cleansing, purging.  It's a simple cycle, eventually going out with what we came in with, for that to be enough, for there to be a fullness in the things that are there for us, without having to hold them, the things that are there for us, now.  Detachment, release, surrender, acceptance.

What we focus on, we amplify 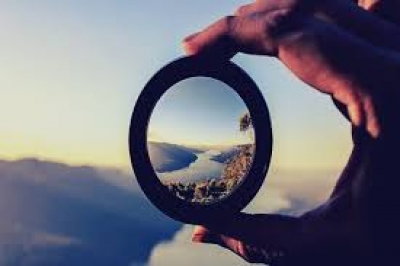 This is an incredible power we have:  whatever we focus on, we amplify.

This phenomenon works for us both within ourselves, and interpersonally.  And it works both negatively and positively.

When I am down, I see the world through a negative lens, and consequently find more to be down about.  When I am actively looking for the positive, I see more positive.  So when I did the 100 Days of Happiness project, taking a picture of something that made me happy 100 days in a row, I started to build awareness around those things, and so I started seeing them more.  This is what Gratitude research is all about; when we log three things we are grateful for every day, we are honing our focus, building awareness, and so we start seeing more of what we focus on.

Interpersonally, when I get focused on what I judge as negative in you, I am showing you a frustrated, angry, withheld part of me, all hard edges and cold eyes, which of course makes you tense, self-conscious, and resentful (for example), guaranteed to bring out the worst in you.  When I focus on the positive in you, and especially when I actively reinforce it, you feel the warmth and good energy, which helps you relax, be yourself, and respond in kind.  So simple, yet so powerful.

To fully understand this dynamic is to recognize a profound power that we all have.